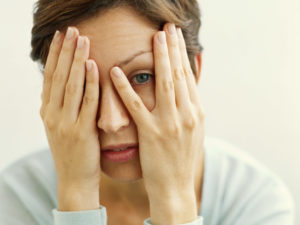 With such an increase of medical marijuana use to treat health conditions, advocates and studies are showing that medical marijuana can now be used to treat anxiety disorders. Advocates believe that the chemical makeup of cannabis can be beneficial in treating anxiety, while others argue that it can actually cause anxiety.

Medical marijuana has been used for centuries to treat depression and other medical conditions. More than 400 years ago, cannabis was used to treat depression in India and has since been studied and analyzed to determine the medical benefits and disadvantages for patients. Today, many states across America have legalized the use of medical marijuana, but usage still remains illegal under U.S. federal law.

When taking a close look at medical studies and results of medical marijuana used to treat anxiety, it’s evident that the chemical makeup, specifically the presence of the chemical compound Cannabidiol, commonly known as CBD, is the main ingredient to treat anxiety. Another compound, tetrahydrocannabinol, or THC, can prevent nausea and vomiting in cancer patients, but may have a reverse affect on treatment for anxiety.

The Right Balance of CBD and THC to Treat Anxiety 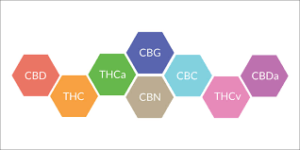 Most who use medical marijuana say it helps relieve anxiety, but others say they feel more anxious after using. There are a wide variety of marijuana strains, which have different levels of chemicals that have various levels of the common chemicals – THC and CBD.

Research shows that THC and CBD can have opposite effects when used to treat anxiety disorders. THC is linked to feelings of paranoia and anxiety, because it activates the amygdala area of the brain, which is responsible for fear. On the alternate, CBD counteracts such feelings from THC. Studies show that taking CBD on its own can lower – even eliminate – anxiety.

CBD is a non-psychoactive component of marijuana that has a wide range of therapeutic benefits. When CBD is at higher levels in medical marijuana, CBD can enhance TCH’s negative effects.

Most medical marijuana plants are bread to be high in levels of THC, because it is commonly used to treat more popular health conditions, such as cancer, eating disorders and seizure disorders. TCH also sells, because it provides a floating, euphoric feeling that most people commonly experience when using marijuana. Strains with high levels of CBD have only recently became popular in medical usage because of the growing awareness of its benefits.

For those looking to treat anxiety disorders with cannabis, treatment relies heavily on the appropriate dose. Research proves that THC begins to raise anxiety levels after a certain threshold is passed. Those using medical marijuana to treat anxiety will need to find strains with high compounds of CBD when purchasing medical cannabis. 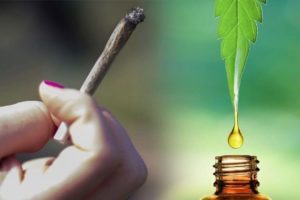 Certain medical marijuana strains with higher levels of CBD have proven to help treat anxiety disorders. The CBD produces therapeutic affects for patients and can also help patients with Crohn’s Disease or glaucoma. Animal studies suggest that CBD present in cannabis lessens anxiety and reduces the severity and frequency of seizures.

According to a study published by the Institute of Psychiatry, CBD proved to offer great psychiatric potential, including uses as an antidepressant-like and anxiolytic-like compound. During the study, animals who had been given CBD experienced lower levels of anxiety and depression in a series of tests, such as swimming and puzzle mazes, than animals who had not been given CBD.

Another study aimed to investigate the use of CBD for treating a social anxiety disorder. The study, published by the Department of Neurosciences and Behavior, Division of Psychiatry, found that CBD was associated with significantly decreased subjective anxiety.

The study states that in the first session, subjects were given an oral does of CBD or placebo. Results suggested that CBD reduced anxiety in social anxiety disorder patients because it is related to CBD’s effects on activity in specific mood-altering brain areas. (PubMed) 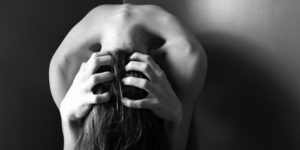 Sometimes, a physical evaluation is advisable to determine if a person’s anxiety is associated with a physical illness. Occasionally, anxiety can be paired with other conditions, such as alcoholism, depression or other coexisting conditions. If other existing conditions exist, a patient should seek treatment for those before treating the anxiety disorder.

Medical Marijuana with CBD can Treat Anxiety and PTSD 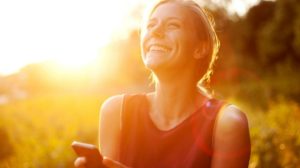 When taking a close look at medical studies and results of medical marijuana used to treat anxiety, it’s evident that the chemical makeup, specifically high doses of CBD, is the main ingredient to treat anxiety.

A study aimed to determine CBD’s impact on social anxiety in public speaking showed that those pretreated with a dose of CBD experienced significantly reduced anxiety, cognitive impairment and discomfort during their speech performance. The placebo group experienced higher levels of anxiety and discomfort. The study stated that CBD holds many advantages over standard social anxiety treatments, such as anti-depressants, due to the quickness of efficiency and absence of severe withdrawal or side affects.

Medical marijuana can help people with PTSD by working with the body’s natural compounds to create a relaxing, reverse effect on the brain. Studies prove that medical marijuana with high levels of CBD provide a therapeutic effect on those with anxiety disorders.

Watering Marijuana For Optimal Growth
May 23, 2019