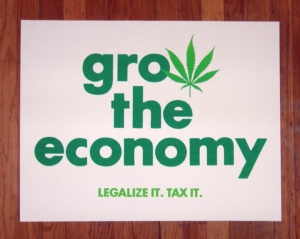 Anyone who read Milton Friedman’s Free To Choose knows that Friedman is a great supporter in the legalization of marijuana. And we can all say that Friedman isn’t alone in that regard, and he joined over 500 economists in signing An Open Letter to the President, Congress, Governors, and State Legislatures on the benefits of legalizing marijuana.

Friedman isn’t the only well known economist to sign the letter, it was also signed by Nobel Laureate George Akerlof and other notable economists including Daron Acemoglu of MIT, Howard Margolis of the University of Chicago, and Walter Williams of George Mason University.

The Economics of Marijuana 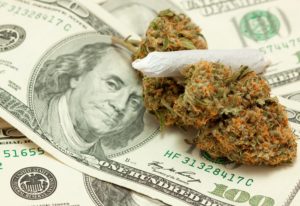 In general, economists believe in the power of free markets and individual liberty, and, as such, are opposed to outlawing goods and services unless such a policy is justified based on costs to outside parties (i.e. negative externalities).  Generally speaking, the use of marijuana doesn’t appear to generate side effects large enough to justify making it entirely illegal, so it’s not surprising that economists would be in favor of legalization.  In addition, economists know that only legal markets can be taxed, and therefore many see the market for marijuana as a way to increase tax revenue while also making marijuana consumers better off (compared to a situation where only black markets exist).

Text of Letter Signed By 500+ Economists: 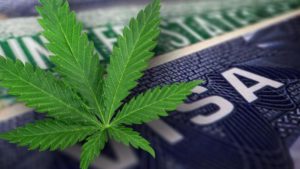 We, the undersigned, call your attention to the attached report by Professor Jeffrey A. Miron, The Budgetary Implications of Marijuana Prohibition. The report shows that marijuana legalization — replacing prohibition with a system of taxation and regulation — would save $7.7 billion per year in state and federal expenditures on prohibition enforcement and produce tax revenues of at least $2.4 billion annually if marijuana were taxed like most consumer goods.

If, however, marijuana were taxed similarly to alcohol or tobacco, it might generate as much as $6.2 billion annually.

The fact that marijuana prohibition has these budgetary impacts does not by itself mean prohibition is bad policy. Existing evidence, however, suggests prohibition has minimal benefits and may itself cause substantial harm.

We therefore urge the country to commence an open and honest debate about marijuana prohibition. We believe such a debate will favor a regime in which marijuana is legal but taxed and regulated like other goods. At a minimum, this debate will force advocates of current policy to show that prohibition has benefits sufficient to justify the cost to taxpayers, foregone tax revenues, and numerous ancillary consequences that result from marijuana prohibition.

I highly recommend anyone interested in the topic to read Miron’s report on marijuana legalization, or at the very least see the executive summary. Given the high number of people who are incarcerated each year for marijuana offences and the high cost of housing prisoners, the $7.7 billion in expected savings seems like a reasonable figure, though I would like to see estimates produced by other groups.

Watering Marijuana For Optimal Growth
May 23, 2019

Gardening Marijuana, Doing It Legally
May 23, 2019